Self made American billionaire kicks off HMS Unicorn fundraising campaign 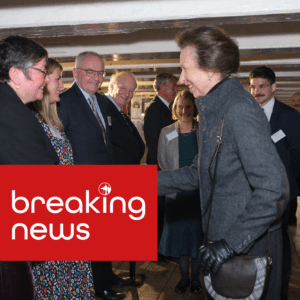 American entrepreneur and self-made billionaire, John Paul DeJoria, has pledged £20,000 to the Unicorn Preservation Society to kick off fundraising efforts to restore one of the most historical ships in the world, HMS Unicorn, which has resided in Dundee for nearly 150 years.

The successful businessman, who was cofounder of the Paul Mitchell line of hair products, has pledged 2% of the total financial investment needed to undertake immediate conservation and repairs of HMS Unicorn, work which has been identified by extensive surveying and structural analysis of the ship. Estimated to cost in the region of £1 million, the work urgently needs to be completed ahead of HMS Unicorn’s relocation to dry dock.

An ex-US navy serviceman, John Paul has a keen interest in historical ships and has also donated money to the Scottish Maritime Museum’s Keep the Kyles Afloat campaign, a campaign specifically to raise money for the restoration work of MV Kyles, the oldest floating Clyde-built vessel in the UK. John Paul is one of the signatories on Bill and Melinda Gates and Warren Buffet’s ‘Giving Pledge’, committing billionaires to give the majority of their wealth to philanthropy. His interest in HMS Unicorn and the Tayside region also stems from owning Taymouth Castle in Kenmore, Perthshire.

Given HMS Unicorn is almost 200 years old, the condition of the ship is extremely good. However, there are structural weaknesses that need strengthening in advance of the ship being moved for major conservation works. This work will include the replacement of missing or rotten timbers and engineering works to strengthen her weakest points.

John Paul’s generous donation follows the visit of HRH The Princess Royal, Princess Anne, to the ship at the end of September in her role as patron of The Unicorn Preservation Society. The Princess Royal met with staff, volunteers and trustees of the charity. She was updated on the Unicorn Preservation Society’s ambitious plans to relocate HMS Unicorn to dry dock and undertake extensive conservation work, whilst also learning about the ship’s WaveMakers volunteering programme, which seeks to give transferable skills to Dundee residents facing barriers to work and education.

John Paul DeJoria commented: “Being part Scottish and custodian of Taymouth Castle, it is only proper that I help save, with pride, our sea going history. The HMS Unicorn is history.”

Museum Director, Matthew Bellhouse Moran, said: “The pledge from Mr DeJoria marks the start of our major fundraising programme to undertake the immediate repairs highlighted by our recently completed survey works. HMS Unicorn has gone from strength to strength, and we can now say we are in a position to progress with the next stage in the project. We are delighted that Mr DeJoria’s pledge has arrived just as we prepare to start our major fundraising campaign.”