The Media, The Newswire and The Fake, Fake Press Release

It was only a matter of time after the explosion of that new phenomenon, fake news, that we were to get an uptick in the next best thing which is the fake press release.

This week the media was buzzing with the news that cryptocurrency litecoin was going to be accepted as a payment method by Walmart. It said so in a “press release”, so the media assumed it must have been true.

But it wasn’t. And, crucially, nobody in the media checked the contents of the release before they published it. They took it for granted that the content was accurate and, in their defence, it had Walmart and Litecoin’s logos at the top of the release, and quotes from their respective Chief Executives in the body of the copy.

Except none of it was true. And the net result was that litecoin’s value on the stock market rose substantially yesterday, temporarily at least.

Was this outcome an inevitability? With ever decreasing resources in the modern newsrooms, and increasing pressure to publish the news in real time with a “publish and correct as you go” attitude among many media outlets, was it not inevitable that the standards of accuracy in the media would eventually slip. They are simply trying to do more, with less and it has clearly reached breaking point.

There has always been a tension between the press release and the news coverage it generates. Over the last decade the boundaries between the two components have become increasingly blurred, thanks in no part to the decline in scale of the modern newsroom and cost cutting exercises at most media conglomerates across the world. Press releases can now be published, almost verbatim, in the local and national media and the practice has become commonplace. Yet, not less than two decades ago, it would have been considered exceptional if that had occurred at all. Now it’s as common as brushing your teeth. It happens every day, in every publication, in every country in the world.

As a planet we are dealing with such a deluge of misinformation and fake news that Governments in many countries, including the UK, have whole departments dedicated to addressing the problem. Fake news, misinformation, disinformation and, now, fake press releases, are rife. Fuelled by the individual having direct publishing powers in their pocket, a gradual erosion of trust in big media, and suspicion around the motives of corporate communicators. The fake press release is merely a symptom of a system that is broken and now needs revolutionary change to evolve into the next decade.

We need more fact checking in the media, not less. We need more press scrutiny, not less. And the media need more journalists, not less. So many excellent journalists are probably doing the jobs that five people would have done not less than two decades previously and it’s clearly reached breaking point. If global media giants like Reuters and CNBC can get it so badly wrong, imagine what else is falling through the cracks.

This incident should serve as a wake up call for PR practitioners across the globe. While it isn’t our primary method of creating news coverage, the press release remains an important tool in a practitioner’s arsenal, and anything that seeks to undermine its veracity and trust could be very dangerous for our profession indeed. 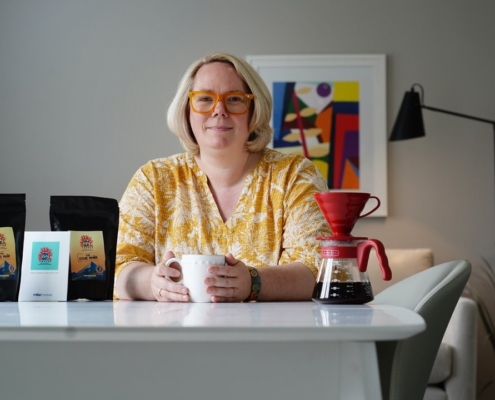 About The Author: Tricia Fox

Tricia is a Chartered PR Practitioner and Chartered Marketer with more than two decades of experience in developing marketing strategies and managing campaigns for clients. She is a specialist in crisis communications and an accomplished, multi-award winning major event marketer.