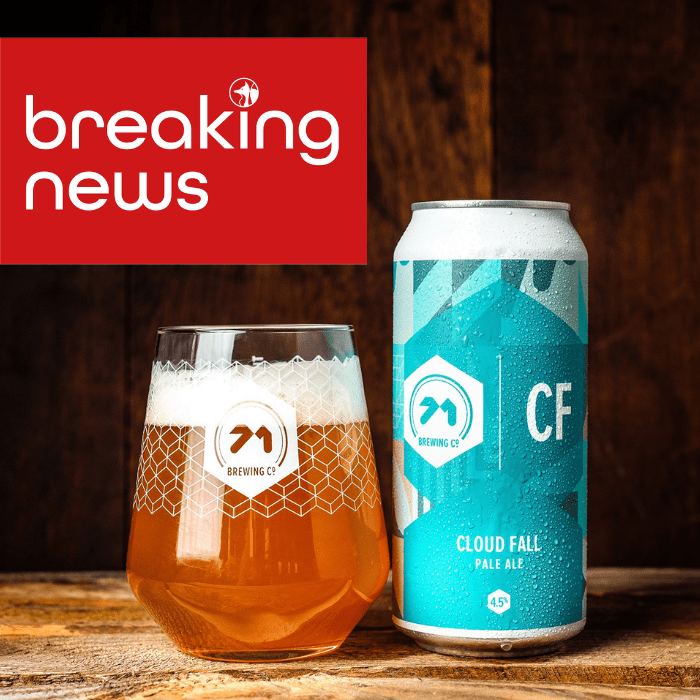 The brewery, which was established in Dundee in 2016, has won a Gold in four of the award categories, including for Cloud Fall in the Best Pale Ale category, Haze Halo in the Best Juicy or Hazy beer category, Heavy Lifting 80/ in the Best British Style category and Blackcurrant Apple Crumble in the Best Fruited Sour Beer category

The Scottish Beer Awards were founded in 2016 and aim to recognise the best breweries and beers in Scotland. Using 48 expert tasters, who participated in a wide-ranging blind tasting competition, a Gold medal is awarded to those who are rated highest in quality, appearance and flavour, without judges having any information on brewers, branding or labels.

Two of the award-winning beers are part of the brewery’s core lineup, Cloud Fall and Haze Halo. At 4.5% & 5% ABV, both are available in 440ml cans, and are distributed through wholesalers Brakes, Filshill and Williamson.  Heavy Lifting, to be re-released in December, is a special and Blackcurrant Apple Crumble is part of the Fruition Seasonal Sours summer range, also available in 440ml can.

Cloud Fall (4.5% ABV) is a take on an American pale ale, golden in colour, with flavours of tropical stone fruits, citrus and fresh pine. Haze Halo (5.0% ABV) is a Hazy IPA with tropical fruit aromas and a rich, smooth mouthfeel.

The ambitious young brewery has gone from strength to strength since being founded by entrepreneur Duncan Alexander in 2016 and has firmly claimed its position as Dundee’s first active brewery for more than half a decade.

Duncan Alexander, founder of 71 Brewing, commented: “We’re delighted to win four Gold awards at the Scottish Beer Awards. It’s a real recognition of the quality of our beers by expert tasters at the highest level. It’s a testament too, to our incredibly talented brewing team for creating beers which meet the highest standards in quality, appearance, and flavour.”

For more information on 71 Brewing and the range of beers available, please visit: https://71brewing.com.

Self made American billionaire kicks off Unicorn fundraising campaign